Skip to Content
Home / destinations / Asia / India / Update: …and the big news is?

For those of you who follow the TourAbsurd Facebook page, the last couple of days have been filled with hint dropping about an exciting travel destination that just made its way onto my itinerary.  Three of you guessed correctly!  And the big news is?  …INDIA! 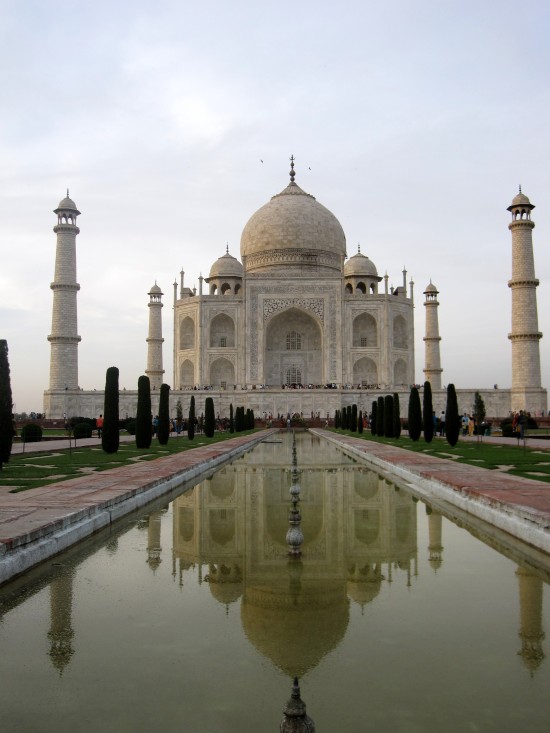 The first hint was elephant.  Amazingly, TourAbsurd fan Christopher A. got it right on the very first guess.  How he knew that will be a question for the ages!  Without being me and already knowing the answer, I would have been much more likely to guess Thailand, as Maria T. did, what with my advocacy for the Elephant Nature Park.

The second hint was curry.  I was being deliberately generic in some of these hints.  I know there's curry all over the world (heck, I just had some out of a can here in Ireland), but Indian food was my introduction to it.  Anything similar that originated somewhere else will have a qualifying descriptor like, "Thai curry", for example.  Amanda M. gave three guesses after this hint, the first of which was – again – India.  Well done, Amanda!

Finally, the third hint was henna.  I hear that it's also known as mehndi, but that's one of the finer points of culture I'm hoping to pick up in person.  The ever-reliable (ha!) Wikipedia paints the terms as interchangeable, but we shall see!  …and naturally the very first guess, by Catherine T., was – you guessed it – India!

So, well done Christopher, Amanda, and Catherine!  I am terrible about sending postcards, but what I will do is take a photo of me holding up your name somewhere neat and nifty while I'm there.  If you have a favorite pun or silly saying you'd like me to include, I'm ALL up for silly!

The departure isn't until later in the year.  I'm hoping to have a long-ish trip and see some other parts of Asia while I'm in the neighborhood.  My flights to and from Ireland are booked with Flight Network and I'm just so giddy I can hardly sit still!  I even get to fly out of Cork, instead of having to trek up to Dublin – bonus!

There is so much to do before I leave, but I'm savoring it.  It's kind of like when you cook up a nice Thanksgiving dinner and you smell all the delicious aromas for hours before you actually sit down at the table.  A friend gave me a gift certificate for a book shop for my birthday a while back.  I think I'm going to finally use it on a guide book for India!

Besides being up for silly, I'm also up for suggestions on must sees, responsible travel, and being sure to stop by and say hi to your friend that you met on this wild bus ride, and whoa, you wouldn't believe the craziness, man, that dude is hilarious..!  If you went to India with a tour company and had a great time, be sure to let me know the name of the outfit.  If you have hints on manners and etiquette, tell me in the comments.  If there is one thing that every visitor to India should know (I clearly don't – yet!), don't keep it to yourself.  Looking forward to your words of wisdom!

Tell me all your India travel secrets!