Today's post is written by Dario!  He's been promising me a guest post for some time, so when Silvia from Trippando told me about a contest she and Travel – Moments in Time were having for writing about beaches, I thought this would be the perfect moment to nudge him into action.

Having nearly always lived a short distance from the sea in a family that loves it very much, I saw many different beaches in my life.  Almost all of them, for a reason or another, left a nice memory.  Some more than others come back to mind randomly because they have left important memories or mark important periods of my life.

Between the ages of 5 and 16 I spent almost all my summer holidays in Calabria in a small house one or two kilometers from the Ionian Sea.  I had a few good friends, almost all of them were regular tourists like me – there for three months a year, June through September – and we were easily amused.  On that beach I wore out several footballs, a mountain of comic and adventure books, dozens of table games (I always was the one to bring them) and, later, some of my first romantic love delusions as well as my first booze-up (one of the few, in fact). 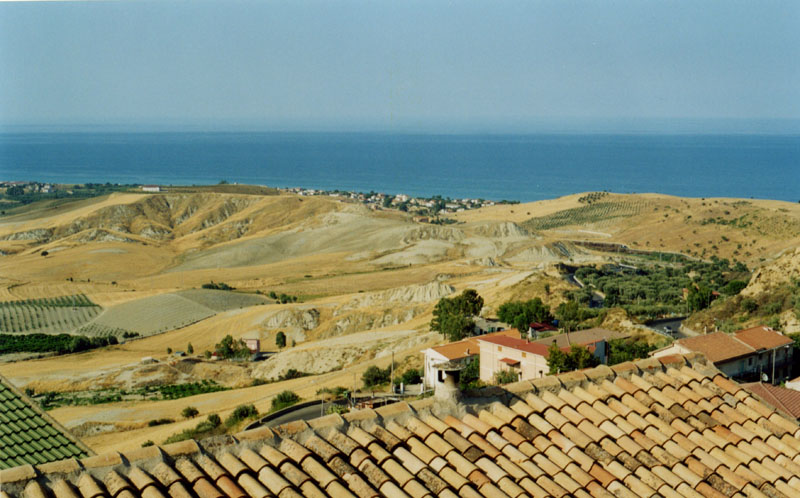 View from Calopezzati of the Ionian Sea, courtesy of Wikimedia Commons.

I remember when we went to the beach, a long walk on a street of boiling asphalt, protected by a beach umbrella that my mum carried on her shoulder.  I held my little sister’s hand and I remember the hot, sandy wind coming from Africa, the smell of salt perpetually stuck to my skin, a sun so strong that it was impossible to look up, and a beach of colored stones and big grains of gray sand, in front of wonderful blue sea.

As an adult I learned to love traveling and, being impulsive, I have often arranged my journeys on the spot, with very little notice, often on the same day of the departure.  This strategy almost always makes me happy.

The most successful experiment of this sort was the journey to Tanzania in 2008.  Planned in just a few weeks, it included a long safari in the African savannah (photos, of course), the climbing of the tallest mountain in Africa, Kilimanjaro, and a visit to Unguja and Pemba – the two main islands of Zanzibar – in company of Katrina, whom I had just begun to date at that time.  That voyage was a bet from many viewpoints, and not everything ran smoothly (we had to cancel the climb), but it was important in building our story, and the wonderful memories of the things we did and saw together down there will always remain in our thoughts. 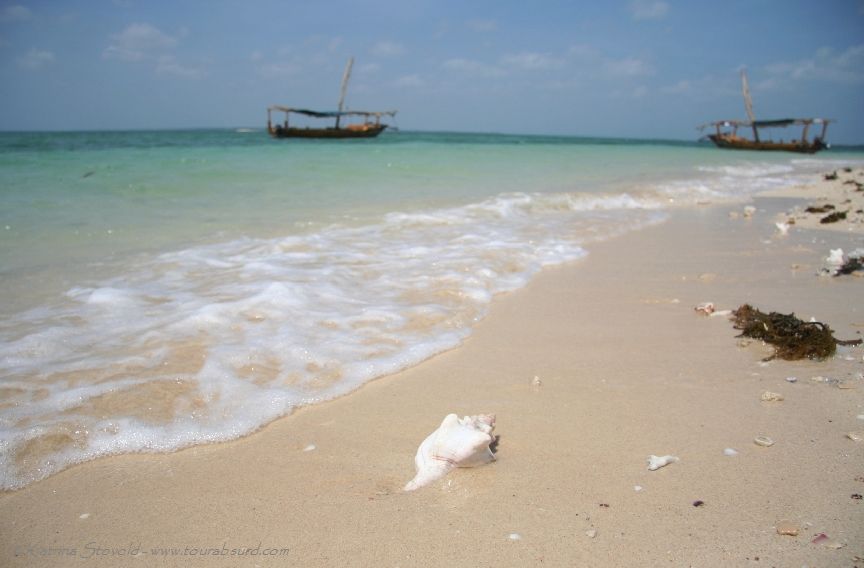 We are especially fond of the paradise of Kwale, a small island a short distance from Unguja. There we spent a day exploring the sea surrounded by colored corals and tropical fishes, passed by a school of dolphins on a traditional dhow (a type of sailing boat) and tasted local cuisine – in particular, dozens of different fruits with unusual flavors and names, such as the starfruit or the jackfruit – under the shade of big palm trees.

Traveling is like cycling: once you learn you don't forget.  And if your soul mate loves to travel as much as you do, inevitably you end up traveling farther away and for longer periods.  In 2010 I and Katrina briefly visited Ireland and fell in love with the place.  We moved from Italy to Ireland a few months later.  We decided that Ireland, with its sweet hills and its dramatic coasts looking over the ocean, could become our long-term home, a place to stay (at least when we are not traveling!).

In my free afternoons in Cork I liked to get in the car and drive following the coast, stopping here and there to take a picture or simply to enjoy a view, letting my thoughts wander.  More than once during these trips I ran into beautiful little coastal villages, with beaches dotted with fishermen’s boats and a few sailing boats, where I’d like to have a home. I remember one of those villages in particular: Fountainstown.

Fountainstown clings to the side of a steep hill covered with trees on the northern side of a little lagoon.  On the south side there is a forest of evergreen trees.  On the horizon you can see one or two small white islands.  Once in a while it’s foggy, and some afternoons the water is so low that you can walk in the lagoon without wetting your shoes.

Despite it being small and out of the way, I regularly found somebody else walking by on that beach: a family of French tourists, locals walking their dogs, a group of surfers, kayakers preparing to paddle out into the ocean…  When I am there I like to sit on the rocks to think and to immerse myself on the beauty of the outlook.  One day the lagoon was almost dry and, in a state of communion with nature, I went for a long walk in the middle of it, and took a few pictures.

We lived in Ireland for over a year.  Last December we decided we would spend this winter somewhere warm and sunny, so we joined my family for Christmas and are now in Rome, Italy.  Although here it is warmer and sunnier than most of Europe during the winter, I find myself wanting more.  I’d like to go farther south, lie on a hot sandy beach, get tan, take a bath in warm sea water, and maybe bring with me a new memory to be fond of back home.

Which beaches do you remember most and why?

This post was written for fun (as most posts on TourAbsurd are!) and as part of
Trippando’s and Travel-Moments in Time’s contest in affiliation with Acacie.