Despite the cold, the weather here in London has been surprisingly cooperative – and dry!  I've been exploring the surroundings with Linda from IslandMomma.  We've already been to one pre-World Travel Market blogging event and have more planned.  And we are sharing a cute apartment in Hackney, courtesy of HomeAway.co.uk. 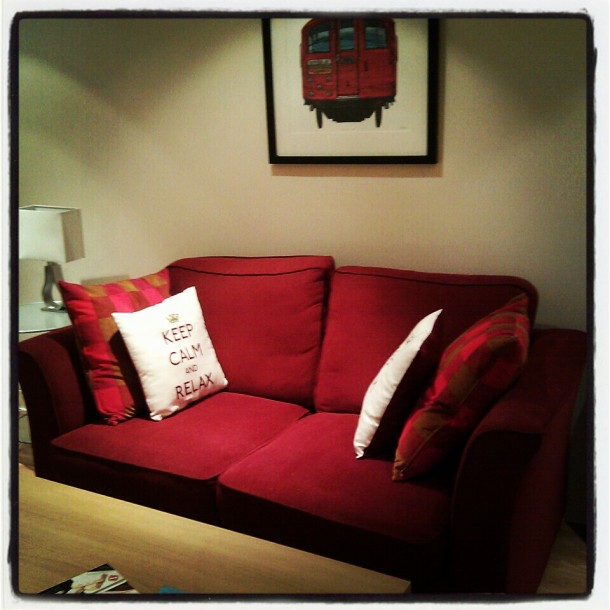 I have brought the big camera with me, but am avoiding carrying it around on the underground.  Planning to use it more once I get to Scotland (can't wait!).  In the meantime,  here are a few peeks at some things around London, as seen via smartphone. :) 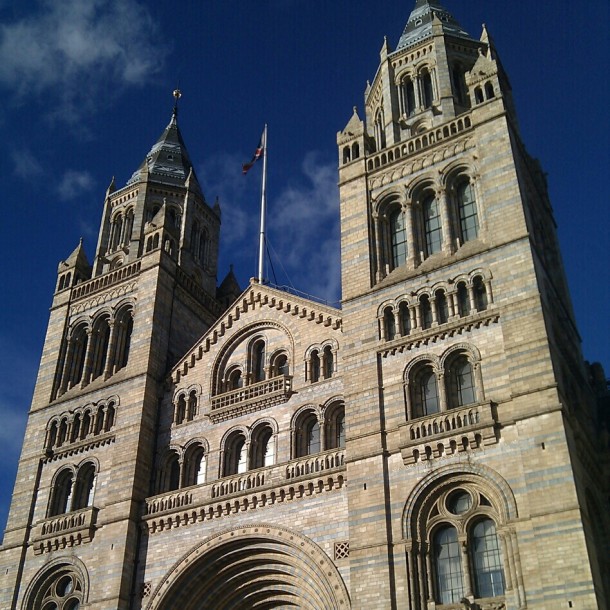 Since museums are free (except for special exhibits) in the UK, and since we are both museum geeks, we planned to go to the Natural History Museum.  We got off the tube to… chaos.  It was "half term", meaning school break time, meaning haggard parents were bringing their hyperactive young to any and every activity to get them out of the house.  To top it off, the annual outdoor skating rink had just opened in front of the museum.  We passed. 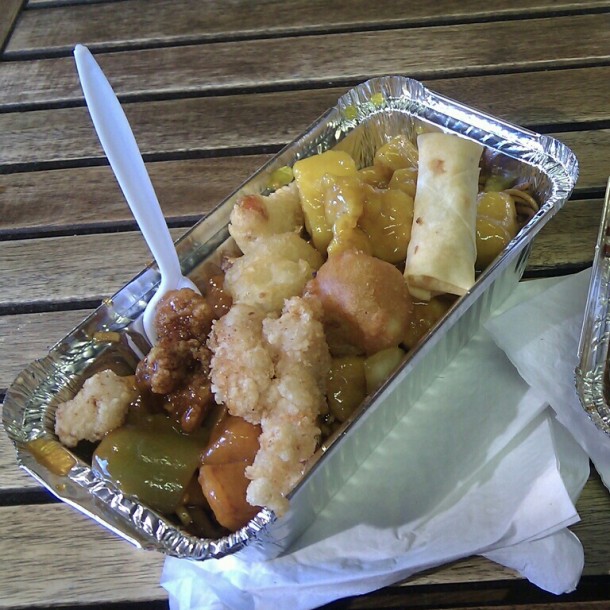 We went to the Camden Markets instead.  I am on a shoestring budget and had been pretty proud of the amount of supplies I'd been able to purchase at the grocery store for £7.  Despite being famed for the food stalls and affordability, I managed to pick a very mediocre Chinese place with so-so prices.  I think we were paying for the fact that there were tables and chairs, since most folks stand.  Paid nearly the same amount for one meal as I did for a week's worth of groceries, sheesh!

Still, people watching and window shopping at Camden is always fun.  Worth the price of admission! 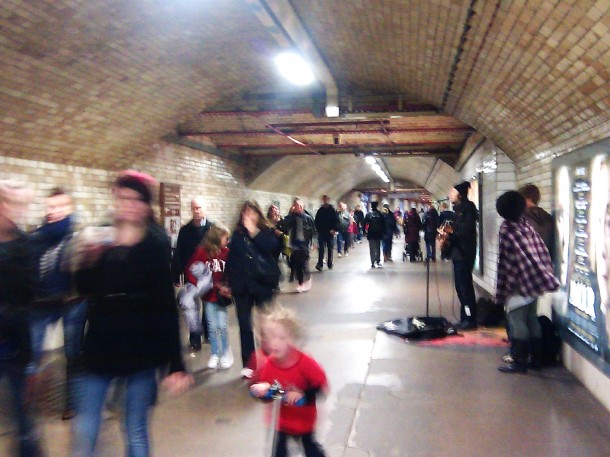 Underground tunnel with a soundtrack.

Zooming around the tube system as we were, I was pleased to come across one of the only things I really like about the underground: a busker.  Cork is THICK with buskers and I absolutely love it, even when they are out of tune.  The tunnels under London have some great acoustics, so you can hear the music before you see the musicians.  Little kids (and me) were tapping their feet, wiggling, and clapping as we approached this guy.  Linda dropped a coin in his guitar case and he gave her a smile and a nod of thanks.  He was pretty cute and I think Linda appreciated the smile, heh. 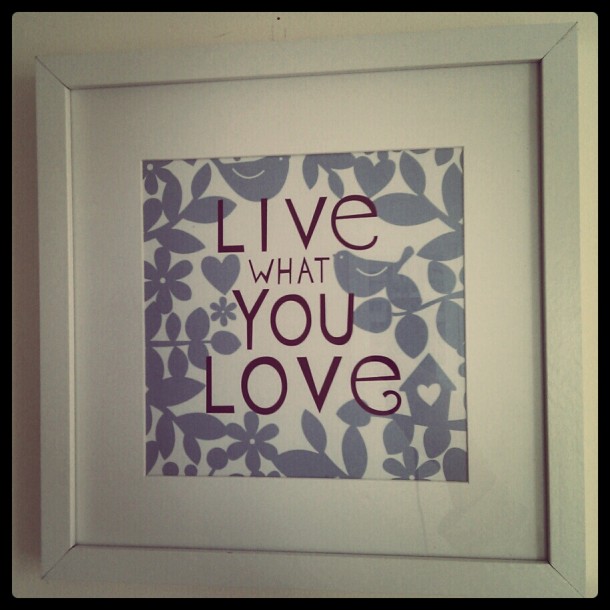 That's why we're here, no?  In London and on Planet Earth.

We met with Linda's two sons, one of whom lives in London, while the other is visiting, for some coffee and chat.  The older had just arrived after an 8 hour bus ride and was looking a little glassy-eyed, poor fella.  The younger works here and was chatty and smartly turned out in his work clothes.  Well, except for his shoes.  He was wearing running shoes to save wear and tear on his work shoes and his feet.  Linda, coincidentally enough, was wearing running shoes, too.  It's how I knew they were related, you see.

After that, we headed back to our cozy, warm apartment to thaw out after the London evening cold.  I noticed this sign over my bed and have to agree.  After all, doing that is what led me to be here in London in the first place.

Are you doing what you love? 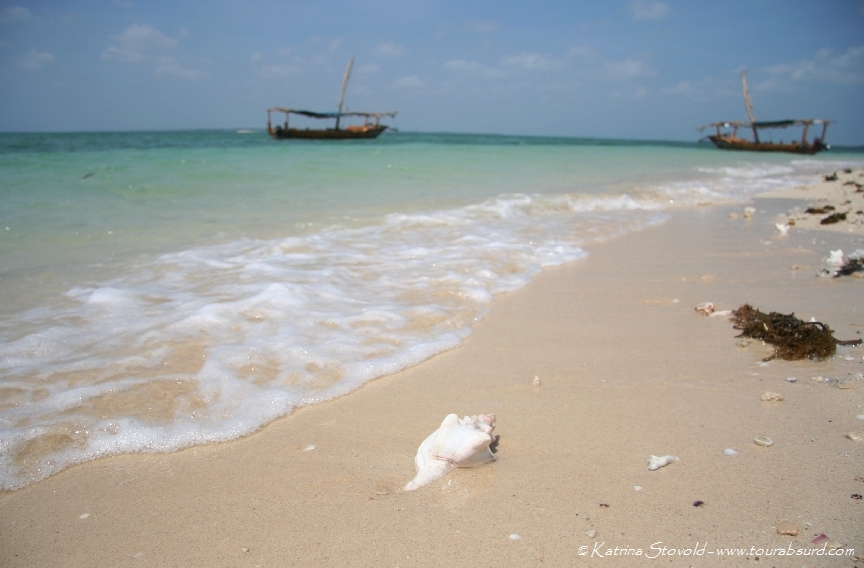 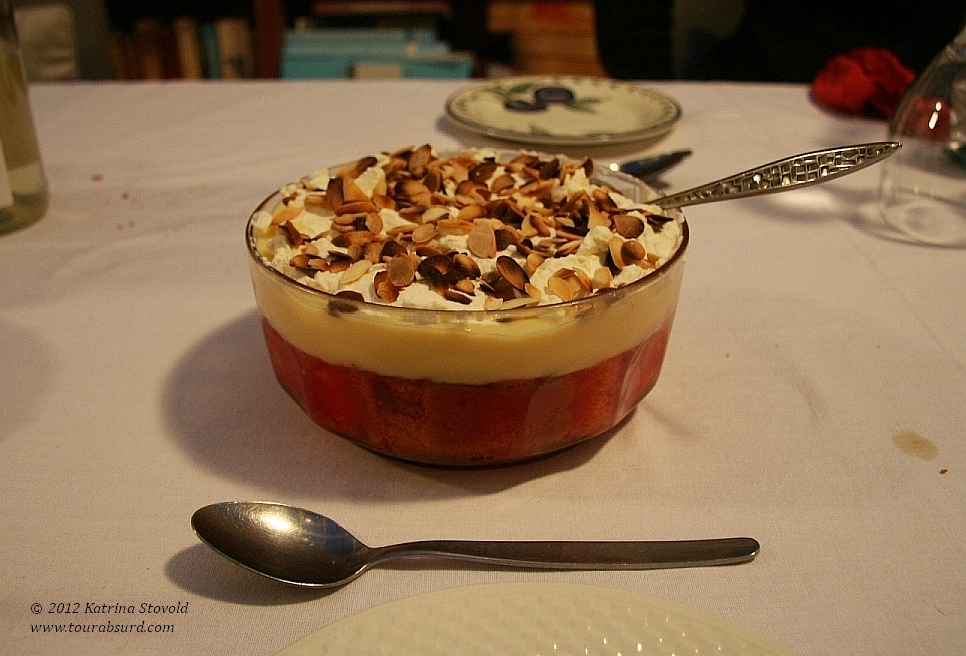