Today's post comes to us from Katy of www.starryeyedtravels.com.  It's a sweet little story that encapsulates one of the oft-overlooked and underrated fringe benefits of travel: new friends.

I always knew that the hiking Inca Trail to Machu Picchu was going to be a pretty amazing experience, but what I didn't expect was the great friendship I made along the way.

When I arrived at the Plaza de Armas in Cuzco that first morning, bleary-eyed and shivering in the cold dawn, Victor, from Argentina, was the only other hiker already there. We exchanged a brief greeting, then the guides arrived and began explaining things to us. Within a few minutes, other hikers had turned up and we boarded the bus which would take us to the start of the trail. 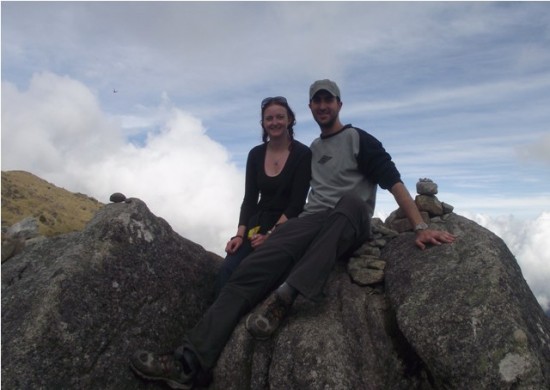 3rd summit on the Inca Trail

Introductions took place throughout the morning, in the small town we stopped at to collect the porters and stock up on last-minute supplies, and over the lunch we had just before we began the hike. By then, it was apparent that Victor and I were the only solo travellers in the group, we decided it made sense for us to be tent buddies.

On the first day, we walked mainly as a group, but on the second day the 'real' hiking began, so the guides advised us to go at our own pace. As it turned out, Victor and I were pretty evenly matched in that respect, so we walked together, conversing in a pretty equal mix of Spanish and English, since we were both keen to improve in the other's language.

At times, the hike was just too tough to keep the conversation up, but at these points, we would take it in turns to take the lead, encouraging the other one. Scaling a mountain together is a pretty good basis to bond people as friends, as it turns out. Over the next couple of days, we celebrated with each other when we reached a summit, helped each other when the path grew tricky and pushed each other on when our legs began to ache.

We arrived at Machu Picchu as firm friends, the wonder and sense of triumph at being there made all the sweeter for sharing it with someone who had been through every step with you. 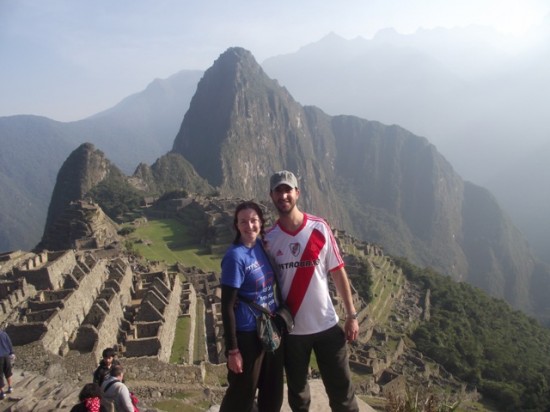 Victor and me at Machu Picchu

That could have been it, but a couple of weeks after our hike, I arrived in Buenos Aires, where Victor lived. We had kept in touch and he’d agreed to meet me on the day I arrived when he finished work. It was strange that he was back to a normal life, while I was still traveling and very far from home.

We met under the lights of a theater on the Avenida Corrientes. It was strange to see one another in ‘civilian’ clothes, but we chatted happily in our unique brand of Spanglish as Victor showed me some of Buenos Aires by night. We did completely random things, from taking in the sparkling docklands to wandering into a real estate exhibition at the Hilton Hotel and pretending we were rich property investors. We ended up at an effortlessly cool bar and al fresco bistro, which drew in a crowd of young professionals dining and drinking with friends after work. 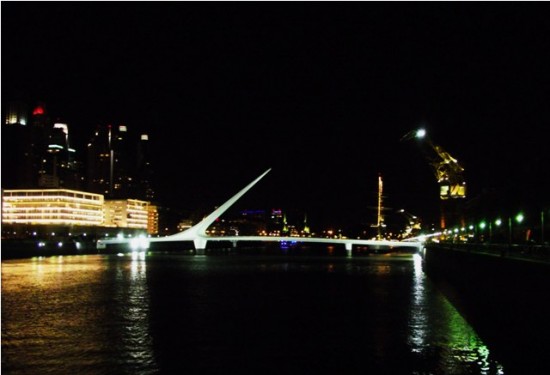 We reminisced about the Inca Trail and told each other more about our own lives, cultures and families. Having a local to show me round Buenos Aires was great, but better was the chance to cement a friendship built upon a mountain in Peru. Both places were always going to be unforgettable, but meeting Victor means that I will look back on them with particular fondness.

How has friendship enhanced your travels?

Katy is a writer with wanderlust. Originally from the UK, she has lived in France, danced in Argentina and stargazed in Chile. She writes for numerous travel sites and you can always find her at www.starryeyedtravels.com.

The awesome power of Haka.