Earlier this year I received my British passport and officially became a citizen of two countries.  It had been a long time in the making, what with back-and-forths with the paperwork to my dad, moving from one country to another, and also not really being able to apply while I still held a DoD security clearance.  But this spring I held the tiny wee book of pages in my hand and cried. 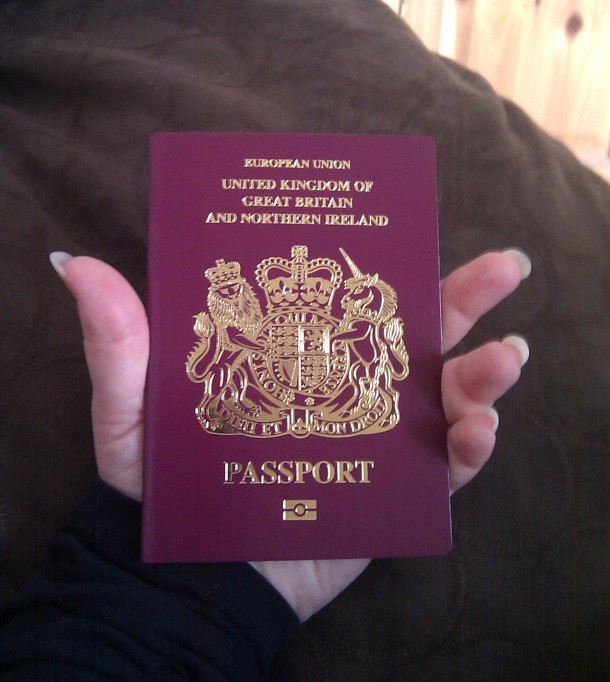 I cried because the long wait was over, because it meant I could remain in my beloved Ireland, and because – a shocking revelation – I could now move anywhere in the EU.  Until the document was firmly in hand, I had not even imagined the last option.  It simply had not occurred to me!  I was so focused on making sure I could stay where I was that I’d thought no further than that.  It bears some consideration.

Recently I have begun joking with my many English friends that I need lessons in how to become British.  I refer to it as “How2Brit”, but of course they all immediately try to correct it to “How to Brit”.  The irony is lost on them.

This morning, as I sipped my morning tea (thankfully, I am a natural at that), I read a post by Julie of A Lady in London on the very same subject.  Hers is titled, “Lady Goes to the Rugby“, and is altogether a bit more refined than my coarse humor (“humour”).  As it should be.  Still, it brings up the common thread of expats integrating into their chosen cultures.

My friend, Rachid, Moroccan and current resident of Cardiff, has been living in the UK since January 2013.  He already sounds far more English than I.  Of course, I am on the wrong island to pick up the accent – and the Cork accent takes a lifetime to acquire; it’s quite special.  I may never fully pick up another accent, although I have been assured on several occasions that “…your American accent isn’t TOO bad.”  Oh.  Why …thank you?

In any case, I’ve been compiling a rather messy mental list of components that Make One British.  Many are behaviors (“behaviours” – such as adding extra vowels to perfectly serviceable words), some are attitudes, and at least one is governed by geography.  As you will see, I have much work to do in order to live up to my passport.  Here then, in no particular order, are some of my observations thus far.

And let’s not forget Lickey End in Worcestershire.  Previously, I had only known this as a fictitious sheep disease from Discworld that had somehow been acquired by a small, talking street mongrel of indeterminate origin.  I had no idea that Sir Terry was poking fun at a real place.  But really, why bother making something up when the pickings are so very, very rich?

2) Act polite in public, but secretly harbor (“harbour”) a murderous rage toward your fellow citizens.  See “British Problems” here and here for more.

3) Make fun of other cultures.

Admittedly I had a hand in this one.  Literally.  My hand was holding the camera.  And I encouraged them to follow through on this cheeky venture.  Not to mention that Americans are known for our ignorant, if occasionally amusing, mockery of all things not American.  To be fair, we figured we had free rein since Terry holds an Irish passport.  So, maybe not a totally, untainted, British take on things.  The lesson?  Mockery is a characteristic to embrace, rather than shed.

4) The ability to say things like “bushtit” with a straight face.

A bushtit is a bird.  Pants are undergarments.  Fanny is not a euphemism for the posterior, it is slang for lady bits.  Ahem.

6) Drink tea and/or lots and lots of alcohol.

7) There’s a queen and a royal family; you don’t have to like it, but you do respect the traditions.

As an American, my knee-jerk reaction to the idea of monarchy is eye rolling disdain.   After all, we threw off the chains of tyranny a couple of hundred years ago.  Now we are free to lose our minds over pregnant princesses across the sea – but only if we want to!  And we can quit any time we like.

A friend in Scotland pointed out to me that the money spent on the royals is well worth it, because the Queen plays the role of tourism ambassador.  The royal family brings in hundreds of thousands of pounds each year as tourists (often Americans…  sigh) flock to Britain to buy knick-knacks bearing the likeness of the Queen, the royal baby, and Her Majesty’s corgis.  I was skeptical, but I may have to reconsider.

8) Speak correct English.  “American English” is not a language, you barbarian!

To this end, I have been enlisting the help of friends.  They are teaching me important English words and phrases.  Only this week I was given homework.  I am to learn the proper usage of:
1) pants (as in, “it’s a bit pants”), 2) pillock, and 3) bollocks. If I can use them all together in one sentence I will receive extra credit!

Spotted dick, while giggle-worthy, sounds quite delicious.  I am already a fan of bread pudding, not to mention bread-and-butter pudding, so I suspect the leap would not be difficult.  Jellied eels, on the other hand, take some work. 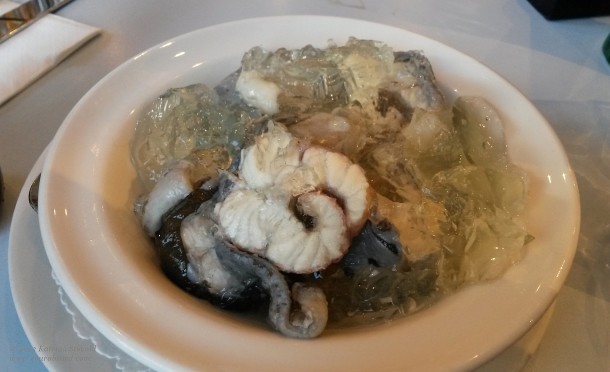 The eel part was ok, but the jelly?  *shudder*

As time goes on, I am certain there will be much more to my British re-education.  I have already begun adding randoum “U”s to wourds, whether appropriate or not.  Tea, as previously mentioned, already occupies a well-regarded pedestal in my personal beverage hierarchy.  And I – rather infuriatingly, I must say – have picked up the Irish/English habit of saying “sorry” rather than “excuse me”.  (I’m NOT sorry – I did nothing wrong!  …oh, sod it.)

Until next time, ladies and gentleman, I’m off for another cup of tea.  Bottoms up!