Too much of anything is bad,
but too much good whiskey is barely enough. 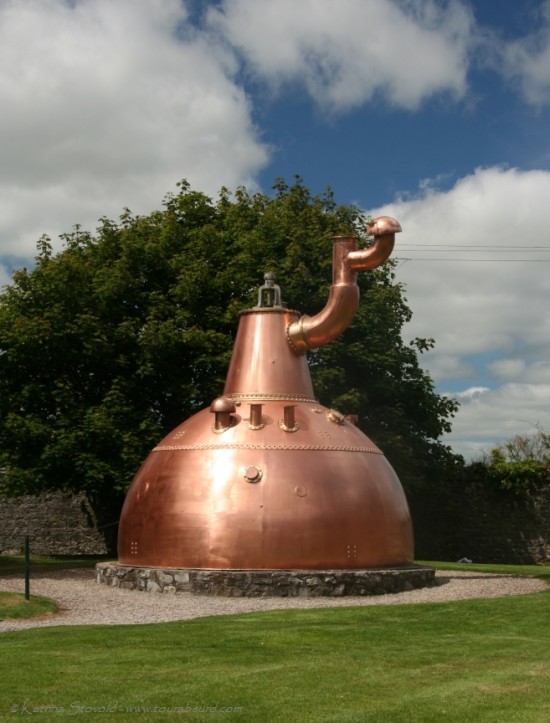 This was just going to be a quote and a photo that I conveniently had in the wings, but I couldn't resist giving a tiny bit of context to go with it.  While clearly Mark Twain can stand on his own (really, who can ever get enough of Mr. Clemens?), just tossing out a mention of a world famous distillery without so much as a, "Yeah, I was there," seemed a little disrespectful.  I mean this is Jameson's whiskey we're talking about, people!

If you are fortunate enough to be in Co. Cork, be sure to stop by The Old Distillery to partake of The Jameson Experience tour.  Even if you haven't yet learned to like whiskey, the tour provides a nice bit of insight into the history and process of whiskey making in Ireland.  The care and pride that goes into making Jameson is apparent: the barley never comes in contact with the smoke, it's triple distilled, and the long aging process takes place in specially selected barrels, among other things.  By the end of the tour you'll feel sorry for other brands!

Dario and I went on the tour with Andrea and John of Inspiring Travellers when they were visiting.  Although a taste of Jameson's (a decent sized taste, too) is included,  Andrea swiftly volunteered for one of the few taste-testing spots.  Not only did she get to compare and contrast Irish, Scotch, and American whiskey, she also earned herself a certificate.  That's right — you may be lucky enough to become a certified whiskey taster!

ps: although neither Dario nor I earned ourselves a certification, Andrea did generously share her samples with us.  ;)

At which distillery, brewery, or winery
have you had the most fun?