As part of The Stealth Mission™ here at TourAbsurd (that is to say, mind broadening through humor), I think it's only fitting to promote like missions.  I therefore submit the upcoming film about Wavy Gravy, Saint Misbehavin'.

The film came to my attention via my online friendship with Wavy's son, Jordan, a fellow Burning Man attendee.  Mr. Gravy himself came to my attention via ice cream.  That is to say, via Ben & Jerry's flavor named, simply, Wavy Gravy.  (By the way, did you know that there are Ben & Jerry's shops in Italy? Introduced the hubby to the deliciousness in Florence, of all places.)  I'm ever so happy to learn that his spirit appears to be just as sweet as the frozen dairy products!

Wavy Gravy's idea of presenting himself as clown is brilliant in so many ways.  Rainbows, jesters, and magic tricks are commonly seen as entertaining and positive, which fits right in with the idea of making the world a more loving place.  On top of that is the historical role of the king's fool who often was kept around, ironically, for the purpose of sanity checking the monarch.  Put another way, it was often the fool's job to say things to the the king or queen that other members of the court dare not utter.  Indeed, from Answers.com we have, "Queen Elizabeth, who ruled before and during Shakespeare's lifetime, is known to have scolded one of her fools for not being critical enough with her."  The title "fool," therefore, was not merely a commentary on the behavior or dress of the figure himself, but pointing out the foolishness of others.  The truth, as it were, wearing bells and clad in motley garb.

If you are not familiar with Mr. Gravy, here is an excerpt from Wikipedia:

Wavy Gravy (born Hugh Nanton Romney 15 May 1936) is an entertainer and activist for peace, best known for his hippie appearance, personality, and beliefs. His moniker (which is the name he uses on a day to day basis) was given to him by B.B. King at the Texas International Pop Festival in 1969. "It's worked pretty well through my life," he says, "except with telephone operators – I have to say 'Gravy, first initial W."

Romney's clown persona resulted from his political activism. Frequently being arrested at demonstrations, he decided he would be less likely to be arrested if he dressed as a clown. "Clowns are safe," he said. He does, however, enjoy traditional clown activities such as jokes, magic tricks and entertaining children."

Although the film was completed in 2008, it is only now getting released.  Here is the trailer:

I have a clear bias for kind-hearted humor, for improving the world, and for believing in the good in people.  I am very much looking forward to seeing the film.  I am over in Ireland, however, and don't yet know when I'll have the opportunity.  If you live in the US, please go see this film!  If you don't, please share the trailer with your friends and encourage them to pass it on to folks who will go see it.  The message of peace and compassion is as timely now as it was in the 60's.  And we could all use a little more Gravy.

Thank you to Creative Commons for the photo. 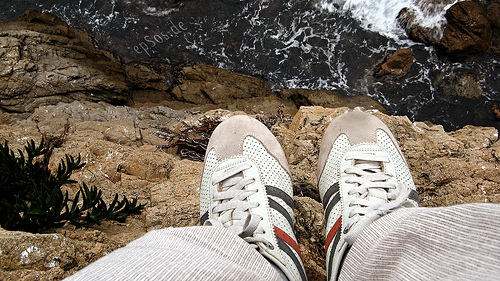